In a previous docker tutorial we saw how to deploy multiple Spring Boot Microservices to Docker Container using docker networking. But previously we had to do the following steps manually- The above steps can be automated using docker compose.
Compose is a tool for defining and running multi-container Docker applications. With Compose, you use a YAML file to configure your application's services. Then, with a single command, you create and start all the services from your configuration.
Using docker-compose we will be creating the custom network named consumer-producer and then starting the containers employee-producer and employee consumer. 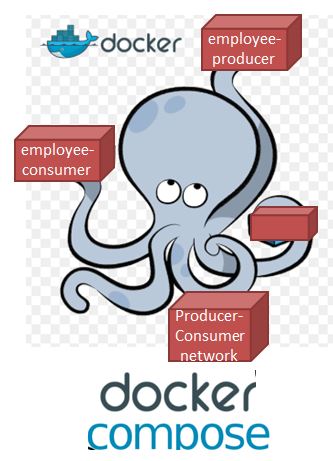 The employee-producer and employee consumer projects will be exactly similar to what we did in previous docker networking tutorial. Check if docker-compose is installed by checking the version-

We will be installing the docker compose as follows-

Docker compose file can be created at any location. We will be creating it in the employee-consumer module. 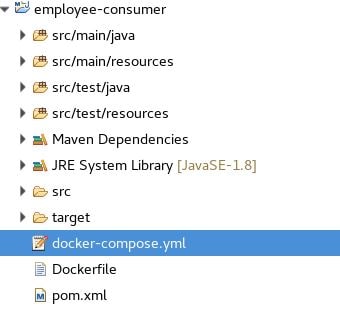 Next start the docker-compose as follows-

We can see that the docker-compose file gets executed.