Apache Kafka is a messaging system where messages are sent by producers and these messages are consumed by one or more consumers. Producers send the messages to Apache Kafka Topics. From the topics these messages are then consumed by the consumers. Topics have unique names which are used by producers and consumers for sending/consuming messages.
Topics are the base abstraction of where data lives within Kafka. They can be considered similar to the concept of table in a database. Each topic is backed by logs which are partitioned and distributed.

The physical/virtual machines or servers where topics reside are called brokers. Kafka Broker is a software process that runs on machine. Broker has access to resources such as file systems where logs are maintained. A single topic can have multiple partitions running on different brokers. 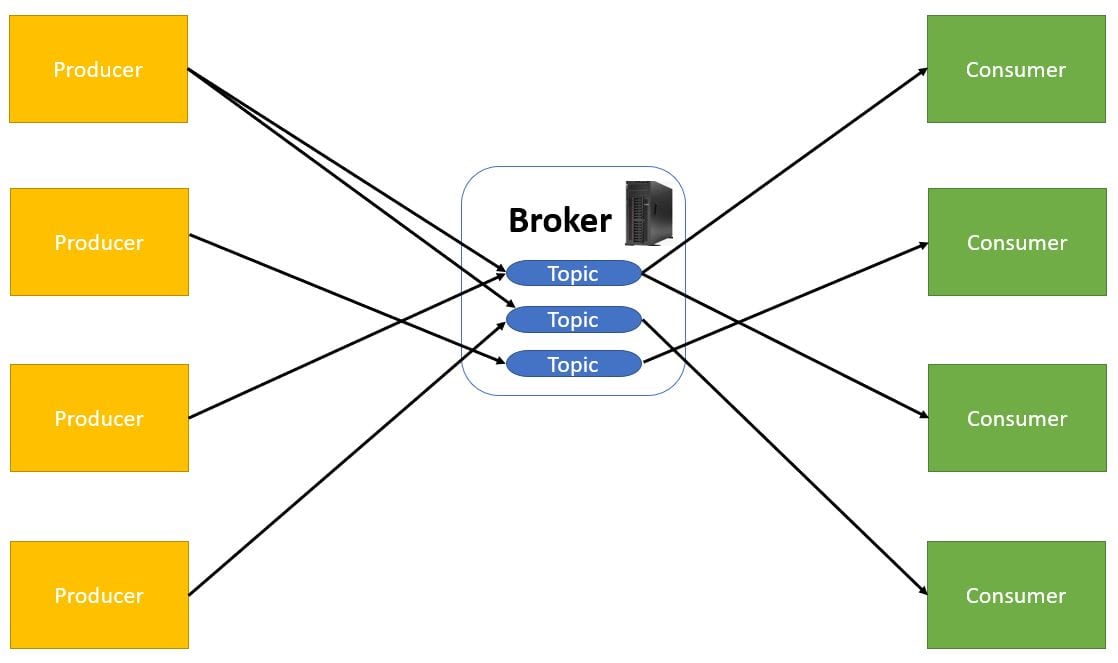 We can add more brokers to scale the Kafka Application. 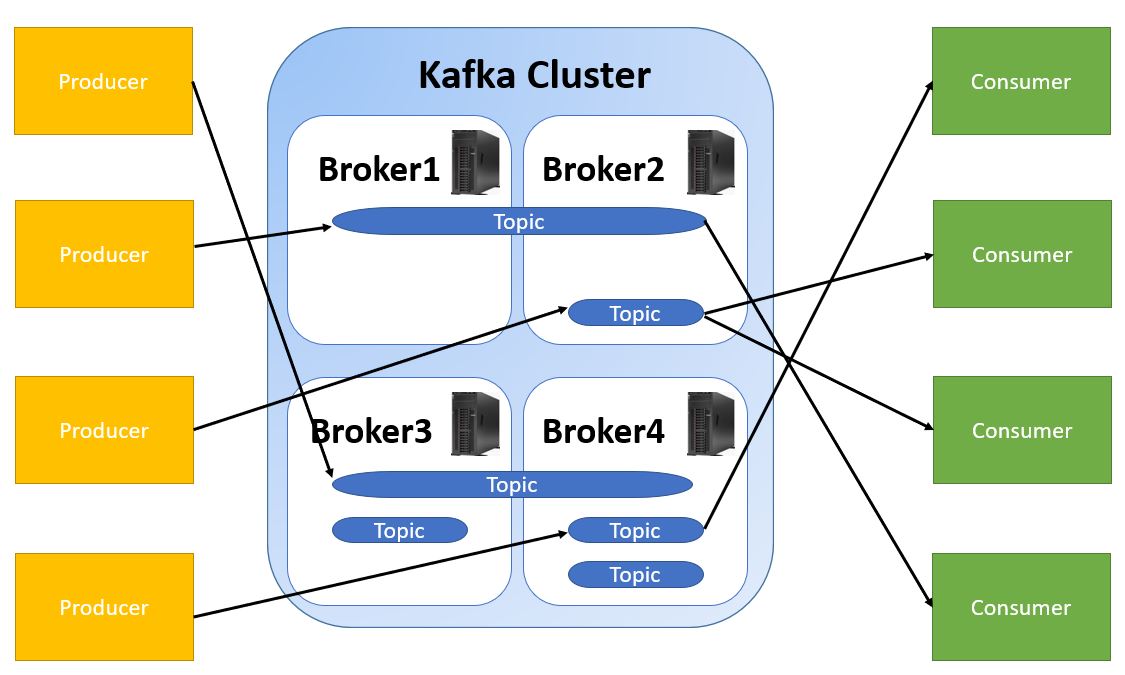 The advantages of using Apache Kafka Cluster are as follows -

To manage the cluster we make use of Apache Zookeeper. Apache Zookeeper is a coordination service for distributed application that enables synchronization across a cluster. Zookeeper can be viewed as centralized repository where distributed applications can put data and get data out of it. It is used to keep the distributed system functioning together as a single unit, using its synchronization, serialization and coordination goals, selecting leader node. 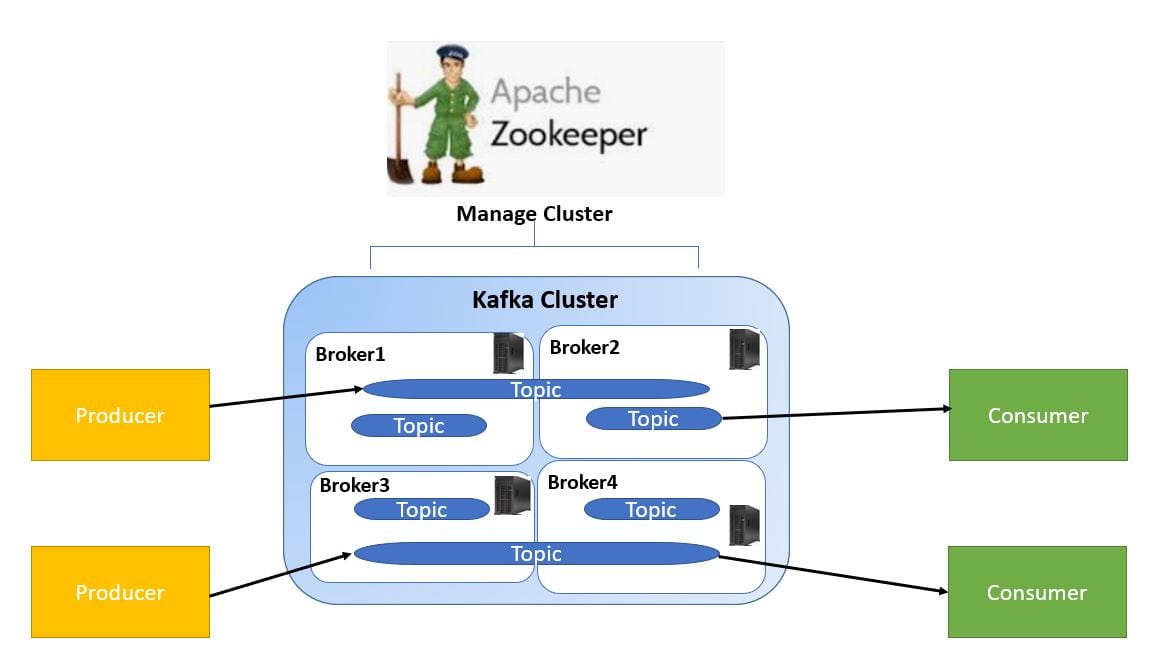