In this post we will look at Apache Storm Interview questions. Examples are provided with explanation.

What is Apache Storm?

Apache Storm is a free and open-source distributed stream processing framework composed predominantly in Clojure. Founded by Nathan Marz and the unit at BackType, the project open-sourced following its acquisition by Twitter. Storm makes it simple to dependably process unbounded streams of information, producing real-time processing in place of what Hadoop did for batch processing. Storm is uncomplicated, can be utilized with several programming languages.

What do you mean by "spouts" and "bolts"? 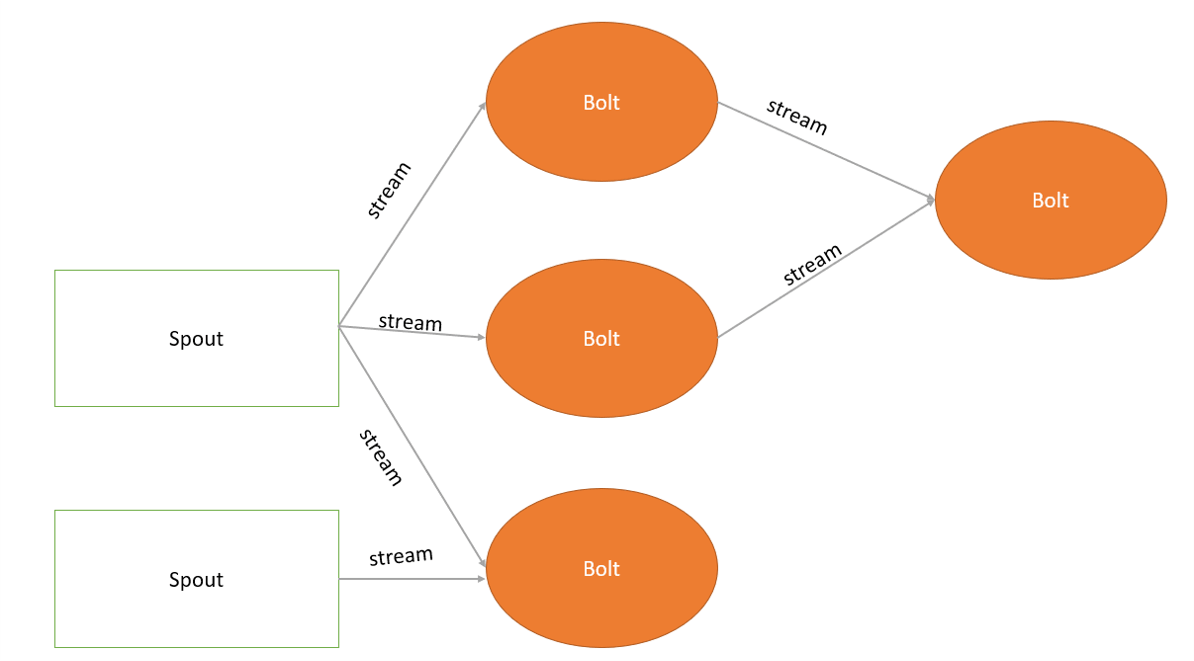 Where would you use Apache Storm?

What are the characteristics of Apache Storm?

How would one split a stream in Apache Storm?

One can use multiple streams if one's case requires that, which is not really splitting, but we will have a lot of flexibility, we can use it for content-based routing from a bolt for example: Declaring the stream in the bolt: Emitting from the bolt on the stream:

Is there an effortless approach to deploy Apache storm on a local machine (say, Ubuntu) for evaluation?

What is a directed acyclic graph in Storm?

Storm is a "topology" in the form of a directed acyclic graph (DAG) with spouts and bolts serving as the graph vertices. Edges on the graph are called streams and forward data from one node to the next. Collectively, the topology operates as a data alteration pipeline.

What do you mean by Nodes? 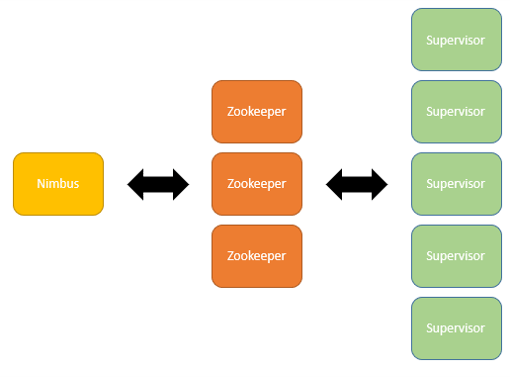 What are the Elements of Storm?

Storm has three crucial elements, viz., Topology, Stream, and Spout. Topology is a network composed of Stream and Spout. The Stream is a boundless pipeline of tuples, and Spout is the origin of the data streams which transforms the data into the tuple of streams and forwards it to the bolts to be processed.

What are Storm Topologies?

The philosophy for a real-time application is inside a Storm topology. A Storm topology is comparable to MapReduce. One fundamental distinction is that a MapReduce job ultimately concludes, whereas a topology continues endlessly (or until you kill it, of course). A topology is a graph of spouts and bolts combined with stream groupings.

What is the TopologyBuilder class?

How do you Kill a topology in Storm?

Kills the topology with the name: topology-name. Storm will initially deactivate the topology's spouts for the span of the topology's message timeout to let all messages currently processing finish processing. Storm will then shut down the workers and clean up their state. You can annul the measure of time Storm pauses between deactivation and shutdown with the -w flag.

What transpires when Storm kills a topology?

Storm does not kill the topology instantly. Instead, it deactivates all the spouts so they don't release any more tuples, and then Storm pauses for Config.TOPOLOGY_MESSAGE_TIMEOUT_SECS moments before destroying all workers. This provides the topology sufficient time to finish the tuples it was processing while it got destroyed.

What is the suggested approach for writing integration tests for an Apache Storm topology in Java?

You can utilize LocalCluster for integration testing. You can look at some of Storm's own integration tests for inspiration here. Tools you want to use are the FeederSpout and FixedTupleSpout. A topology where all spouts implement the CompletableSpout interface can be run until fulfillment using the tools in the Testing class. Storm tests can also decide to "simulate time" which implies the Storm topology will idle till you call LocalCluster.advanceClusterTime. This can allow you to do asserts in between bolt emits, for example.

What does the swap command do?

A proposed feature is to achieve a storm swap command that interchanges a working topology with a brand-new one, assuring minimum downtime and no risk of both topologies working on tuples simultaneously.

How do you monitor topologies?

The most suitable place to monitor a topology is utilizing the Storm UI. The Storm UI gives data about errors occurring in tasks, fine-grained statistics on the throughput, and latency performance of every element of each operating topology.

How do you rebalance the number of executors for a bolt in a running Apache Storm topology?

A Stream is the core concept in Storm. A stream is a boundless series of tuples that are processed and produced in parallel in a distributed manner. We define Streams by a schema that represents the fields in the stream's records.

What can tuples hold in Storm?

By default, tuples can include integers, longs, shorts, bytes, strings, doubles, floats, booleans, and byte arrays. You can further specify your serializers so that custom varieties can be utilized natively.

How do we check for the httpd.conf consistency and the errors in it?

A spout is the origin of streams in a topology. Generally, spouts will scan tuples from an outside source and release them into the topology. Spouts can be reliable or unreliable. A reliable spout is able to replay a tuple if it was not processed by Storm, while an unreliable spout overlooks the tuple as soon as it is emitted. Spouts can emit more than one stream. To do so, declare multiple streams utilizing the declareStream method of OutputFieldsDeclarer and define the stream to emit to when applying the emit method on SpoutOutputCollector. The chief method on spouts is nextTuple. nextTuple either emits a distinct tuple into the topology or just returns if there are no new tuples to emit. It is important that nextTuple does not block any spout implementation as Storm calls all the spout methods on the corresponding thread. Other chief methods on spouts are ack and fail. These are called when Storm identifies that a tuple emitted from the spout either successfully made it through the topology or failed to be achieved. ack and fail are only called for reliable spouts. See the Javadoc for more information.

All processing in topologies is done in bolts. Bolts can do everything from filtering, aggregations, functions, talking to schemas, joins, and more. Bolts can perform simplistic stream transmutations. Doing complicated stream transformations usually demands multiple actions and hence added bolts.