JVM memory is divided into separate parts as follows- 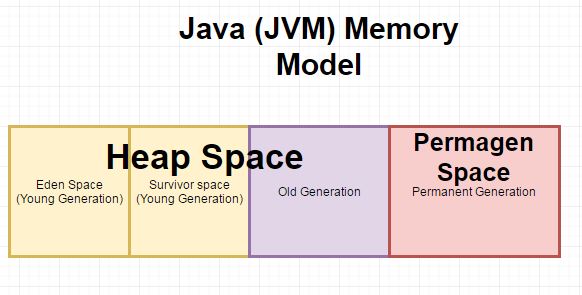 JVM also has an internal representation of the Java classes and those are stored in the permanent generation. Class definitions are stored here, as are static instances. The PermGen is garbage collected like the other parts of the heap.
PermGen contains meta-data of the classes and the objects i.e. pointers into the rest of the heap where the objects are allocated. The PermGen also contains Class-loaders which have to be manually destroyed at the end of their use else they stay in memory and also keep holding references to their objects on the heap. PermGen always has a fixed maximum size.PerGen space cannot be made to auto increase so it is difficult to tune it. The GC here is not that efficient so we get Out of Memory : Permgen space error quite a few times.
Next we will create a simple java project to generate a PermGen space error.

Click on run as configuration and to the arguments add the following.
-verbose:gc -XX:+PrintGCDetails -XX:+PrintGCTimeStamps -Xloggc:C:/log/gc.log
This will redirect verbose garbage collection output to a file gc.log. 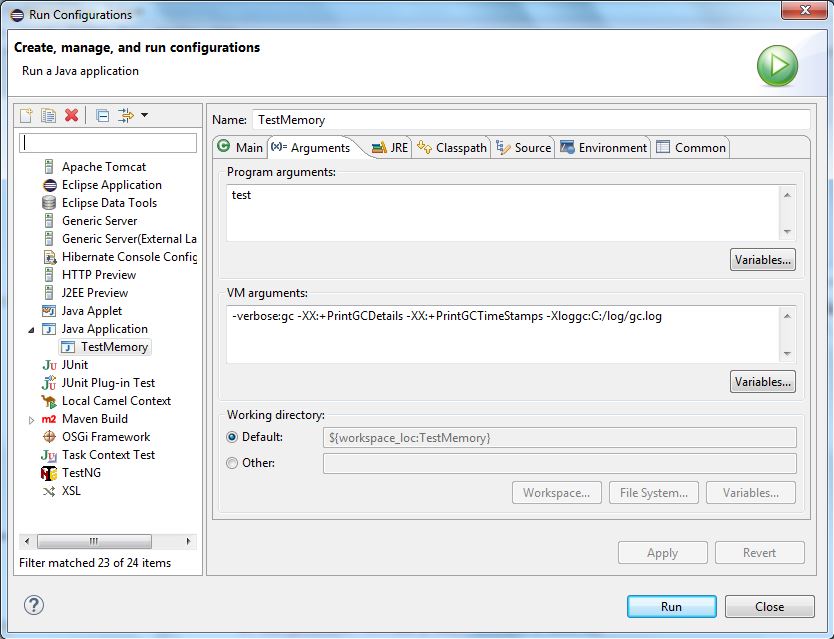 On running the application we get the following-

Go to C:/log/gc.log we see the following